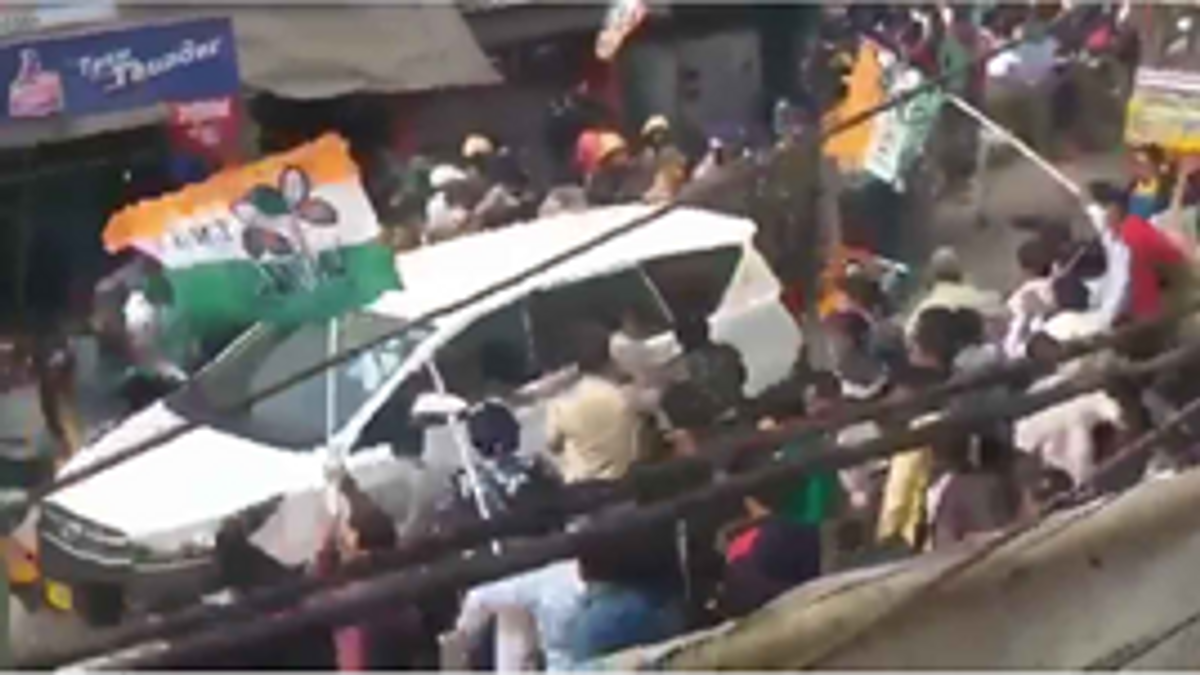 The democratic rights of our citizen in Bengal seems to be threatened on the first look. The repeated acts of violence during elections have become a routine affair whether it be for Panchayat level or for the Lok Sabha. The electoral violence has become the hallmark of Bengal…just like what was happening in Bihar in the days of ‘Jungle Raj’. Although Bengalis hate to be compared with the Biharis, but the reality is disturbing. In the days of Jungle Raj in Bihar, there were a general perception of threatening electoral environment in a particular area dominated by a particular religion or cast. The musclemen of those areas used to capture a booth by keeping the legitimate electorates at bay and cast the ballots in favour of a particular party candidate. Anytime they saw the electorate close-in towards booth, they used to retreat back with ballot boxes or the ballot sheets. In Bengal, modus operandii are on the similar lines but extremely intense. The captures of the booths are usually in the ‘absolute terms’ and any voter showing courage to challenge the booth capturers are usually neutralised…by physically assaults resulting many a times to death. Thus Bihar fair much better than Bengal today in exercising of one’s democratic rights. In Mamata Banerjee’s leadership, the law and order situations appear to have worsened further. Under the political patronage, the TMC goons have even attacked the small procession of the BJP president in Kolkata in Dec 2020.

Bengali electoral-goons had surpassed all decencies of public behaviour esp during the Communist rules (1977-2011). They believed in Mao’s principles of “Power grows out through barrel of a guns”. They throttled all voices that were raised against them… like the many ‘Sai Families of Burdwan’. They freely used gun, machete and other criminal ways to gain and retain powers…just like what we see in Communist Kerala today. They ensured that the loyalties of the power brokers in Congress govts of 50s and 60s changed… to align with the Communists within a short span of time in the late 60s. The raging Naxalite violence of those period too helped their cause. They first upset the Congress governance for a brief period in 1969 that led to a long period of uncertainty till they assumed complete dominance in 1977. The humanities and intelligentsia of West Bengal suffered a lot in the decades ahead. Unfortunately, Mamata Banerjee’s Trinamool Congress (TMC) is nothing but the re-incarnation of the Communist cadres of goons. Trinamool as such had no locus standii in the originality of an ideology or experience of governance. It is a broken branch of Congress, to which the erstwhile Communist goons have joined hands and are now ruling the roost. Mamata Banerjee is riding a tiger on latter’s mercy. The day tiger says no more, Mamata’s existence will be in perils. If we see the patterns of migration from TMC in the last 2 yrs or so, the writing is on the wall. Most of the people who had some sort of ideological resemblance with Mamata, are gradually migrating away to BJP. We saw it happening in 2018, 2019 and now in 2020. Amit Shah has already cautioned her that by the time next election in Bengal, she could be left alone…the sole leader, worker and the voter of her party…along with her nephew of course.

The electoral atrocities and immorality of the TMC seems to be at peak. In the last panchayat elections, the TMC goon did not let the other party members to even file nominations. Out of a total 58,692 posts for gram panchayat village, zilla parishad and panchayat samiti, 20,159 posts remained uncontested in the violence-marred local polls in West Bengal held in May 2018. The Supreme court had termed the situation as "grim and grave" and had directed the West Bengal State Election Commission not to declare and notify the results of panchayat body elections in the wake of allegations of large scale violence and alleged obstruction of filing nomination papers. It was not only obstructing from filing nomination. Even during the voting, the TMC goons prevented numerous voters of opposite camp from voting. There were numerous instances of violence incl injuries and deaths. It is natural for the opposition parties in WB to expect the repeat of such violence. Mamata Banerjee has become face of dirty democracy in Bengal.

In the months preceding the upcoming West Bengal Legislative Assembly elections, the political murders of ~300 BJP workers are grim challenge for the Election Commission of India. The opposition political parties feel that TMC goons will not let the elections to take place in free and fair environment. BJP is clearly putting pressure on the CEC to take note of political murders of its workers to enforce Presidents’ rule before the election…and the apprehensions are not unfounded. Police in West Bengal has become a tool in the hands of the ruling party. Law and order machinery seems to have crumbled totally as seen during the violence against BJP party president JP Nadda in the heart of Kolkata. The TMC goons freely attacked the BJP procession. These TMC goons don’t spare even their own party leaders if anyone makes an adverse comment against the leadership. The Example of Mr Jitendra Tiwari is there for everyone to see.

In this time of the changing loyalties among the TMC cadres, BJP has to be careful in not getting waylaid by the erstwhile Communist goons who are today roaming as TMC goons. Although BJP is not like TMC, it has to be careful in not yielding to the compromises that the migrating TMC cadre may seek. The party ideologies of being nationalist must remain intact. The newer entrants will have to get used to new ideologies…of not yielding to the anti-Indian, anti-Hindu forces. The majority of the electorate are of Indian religion and their collective interests must be safeguarded first, without compromising the safety of the minorities. West Bengal is seemingly heading towards a deep crisis of changing religious demography to which the past and present polities are feigning ignorance. It is a fact that Hindu have become minority in Murshidabad and Maldah districts of West Bengal and are on the verge of becoming minority in Dinajpur. Any historian will understand the implications of becoming a religious minority under Muslims. Majority Muslims are highly intolerant. Their bigotry can be seen everywhere they form majority. They will force you to submission…convert, flee or die…something what we witnessed in Kashmir in January 1990…with their slogan of “Ralive, Tsalive ya Galive”. The Hindu-Muslim figures in the table is shown as per the 2011 census of India. It does not incorporate their 150% of decadal population growth (over others) and the recent influx of illegal Muslim & Rohingya migrants from Bangladesh who are believed to be in sizable numbers.

Plenty of reports have already come wherein the Hindu living in the Muslim majority areas of West Bengal are being threatened to be submissive or flee. Numerous incidents of violence have taken place and Telinipara is of recent occurrence (“The Counterviews” issue 2:11, Hinduphobia in Telinipara) …and Mamata govt riding this communal tiger is silent…forced to remain mum. Many of these illegal migrants are actively supported by the radical Muslim groups in India and also by the jihadi elements in Bangladesh. They are clear security threat to the Indian state. They are believed to be having fake identities, ration cards, voter-cards. It is time the Bengalis are made aware of the happenings. There is a requirement of an immediate change in the governance in West Bengal…someone who can take a clear stand against the threats as mentioned above. In that light, all recent migrations from TMC is a pointer to a clear change in the polity of West Bengal. Mamata Banerjee’s intolerance to growing BJP clout is making her increasingly uncomfortable. The BJP leadership will not let go waste of the political killing of almost 300 BJP workers. The writing for Mamata seem to be written on wall…’your days are coming to an end’.

The democracy in West Bengal has been fragile all through, but more so in the days of Mamata Banerjee. She has scant regard for general population esp the thin Hindu majority. For her, the TMC goons and illegal Muslims migrants matter the most. In the past, these goons have made her victorious even if by spilling the blood of the innocents. In the coming election too, she seems to be determined to bleed the electorate of Bengal. It may be the ripe time she is unseated from the chair by those very electorates whom she has totally ignored, disregarded for her narrow gains through vote-bank appeasement policies. Mamata Banerjee has started threatening the national security by allowing the illegal Bangladeshi & Rohingya Muslims in her constituencies. She has taken an open stand not to implement the NRC in West Bengal. She herself is becoming a security threat to India. She must go.