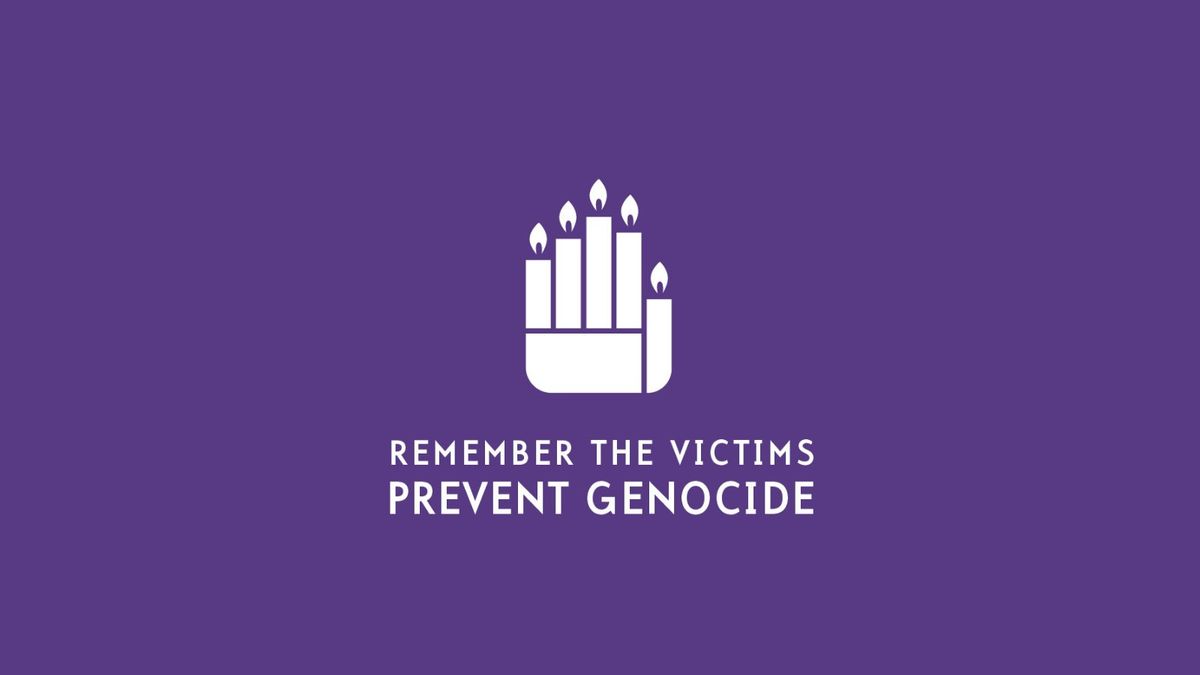 International Day of Commemoration and Dignity of the Victims of Genocide

The 9th of December marks a very important day for the world humanity. This day reminds us how cheap the human lives have been in the eyes of the mighty. Numerous men and women were killed in the past just because they belonged to a particular group of race, religion, faith, caste, creed and were not strong enough to defend themselves from the perpetrators of violence. The crime of genocide is defined as "The acts committed with intent to destroy, in whole or in part, a national, ethnical, racial or religious groups under the following five categories: -

It is believed that approx 79+19 million people killed in the world due to various reasons since 1945, after the end of the WW-II. Of these, approx 60 million people are expected to have been fallen prey to the various forms of genocides. In these majority of the genocides have been carried out by either various Communist regimes or through the cleansing of the religious minorities in the Islamic nations or Muslim dominant nations. Some of the grave genocides of past were planned meticulously be the killer groups and some other resulted from a violence which spiralled out of controls to take the form of a genocide. Commemoration of this day only refreshes our memory down the lane as to how cruel the human beings have been to each other. Some of the major genocides committed in the past after the formation of the UN/UNSC are mentioned in the table below. The numbers of the dead are not authentic. The official counts of the killed in genocides are invariably highly under-reported and the unofficial counts too are heavily biased.

It can be seen that mostly the minorities of the countries suffered… The worst among all, the Muslims in the Islamic nations committed genocide on religious minorities …and it is on-going in many countries even now. The next worst affected were Hutu & Tutsi in each other’s hands and the Chinese land-lords executed by Mao Tse Tung and Chow EnLi. Some of these atrocities are still going on and the UNSC is helplessly watching it.

The International Day of Commemoration and Dignity of the Victims of Genocide will keep coming every year and will pass-off too uneventfully with lip-service paid. However, the human dignity will continue to remain at peril and the genocides will continue shaming the humanity. As on today, the genocide is going on in many places of the world. In Central African Republic (CAR) Muslim coalition backed Govt is committing genocide against the majority Christians. Genocide is also going on in Nagorno-Karabakh, Afghanistan, Pakistan, Yemen, Bangladesh, Somalia, Mali-Burkina Faso, Ethiopia and so on.

UN has been watching many of these genocides somewhat helplessly. Most of these genocides have started after enough of fore-warning during which pro-active measures could have stopped the largely one-sided fights and killings…but the UN/UNSC was either unable or unwilling to intervene. Why should we have this type of world body at all in the first place? If they cannot intervene in a conflict in making? It is felt that the time is come to introspect. The worst genocide in the world history is the disappearance of the religious minorities…anything in the vicinity of 20-50 million…from the Islamic nations have been going-on unabated even after the formation of the UN/UNSC. However, there has been seldom a credible investigation carried out as to why the humanity is vanishing in to thin air in those nations. Investigations in the International Criminal Court (ICC) is carried out by the Office of the Prosecutor (OTP) under 3 circumstances as below: -

when a situation is referred by a State or a Party involved in the genocide.

when a situation is referred by the UNSC to address a threat to international peace and security.

when the Pre-Trial Chamber of ICC authorises an investigation on the basis of information received from other sources, such as individuals or NGOs.

Presently OTP is represented by Govt agencies and some others but none from the religious groups.

Presently OTP is represented by Govt agencies and some others but none from the religious groups. A glance at the patterns of genocides in the past shows that majority of them were committed against the religious groups. However, there is no representation of the religious groups in the OTP so as to suggest of the happenings of genocides against religious groups. It is strongly felt that all religions must find representation in the OTP commensurate with their population.Lack if instituting an investigation against a genocide in the majority of the instances point out of a flaw in reporting. It is highly deplorable why such extreme religious persecution of Tibetans and Uighur Muslims going on in China is not being investigated either by the ICC or the UNHRC. Further, there are significant relationship between Genocides and the Human Rights violations, each of the two agency should have provision to interchange the information and also transfer their cases to each other if so felt.