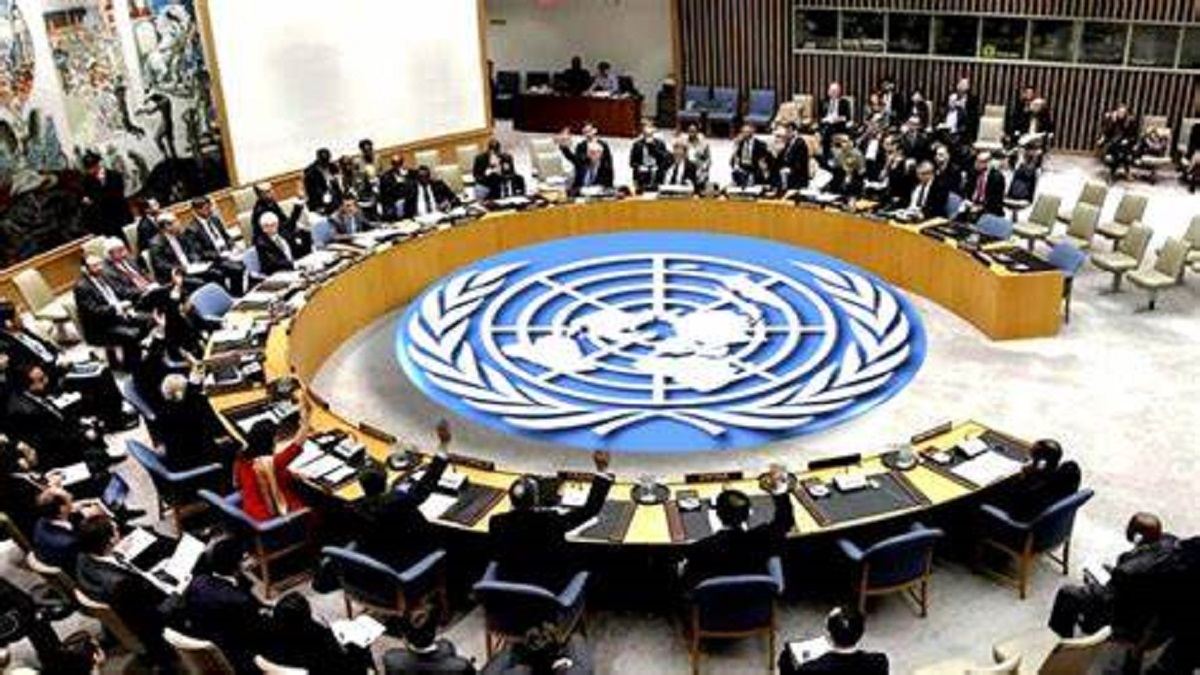 The United Nations Security Council (UNSC) has become a laughing stock of late. Some even equate it with a 'Eunuch' organisation. UNSC is supposed to be a powerful international body to ensuring international peace and security but in the world today, there is anything but peace and security...and the UNSC is itself to blame in letting itself denigrate in the hands of the P-5 who have made its powerless; a hostage to own selfish use. All attempts of the world body to reform it has fallen on the deaf ears. leave alone preventing a war, it is even unable to halt a war even between two grossly uneven powers.

Comparing UNSC with eunuch looks harsh and demeaning at the first instance. But what is this toothless body doing? It leaves the member nations at the mercy of the P-5. If a nation has a Godfather in P-5 (in the recent case Americans for the Israelis), it can have its way otherwise suffer. So the UNSC has no means of standing with the 'rightful' party if it doesn't have the blessings of a P-5 member. So why should a weak or non-aligned nation trust in the UNSC?

It left the civil population of Gaza to be virtually be annihilated by Israel because one of the P-5 members chooses to apply Veto. So, this leaves the hapless in Gaza to die in the hands of Israel. Of course, Israeli retaliations are against the Hamas & Islamic Jihadi terrorists...but that is invisible to the public. The (in)security Council is unable to see how the little known Hamas is able to live amidst the civilians and able to amass such huge stock of Missiles and fire several thousands of it with impunity on to the Israeli civilians.

Earlier, before this Israel-Palestinian conflagration, the UNSC left the residents of Nagorno-Karabakh to die in the hands of Azerbaijan from 27 Sep 20. Turkey assisted them with the deadly fighting machine and the additional fighters joined from the other ISIS & Jihadi forces from Turkey, Syria & Pakistan. They mauled both Karabakhis and the Armenian Christians with a war cry of Alla-hu-Akbar, as if it was a Jihad. UNSC remained a mute spectator. UNSC could neither prevent the war nor could stop it. Thanks to the Russian influence on them that some sort of ceasefire was brought-in even at the loss of significant Armenian territories, men and machines.

It is unfortunate that most of the 21st century wars and conflicts are due to sectarian / religious discords and one or both warring parties are the radical Islam. Radicalism in Islam has claimed more than million precious human lives the world over. Yet, no one is talking of reform in Islam...essentially to remove the violence & terror related verses from Quran. It could be a sensitive issue for the Muslims around the world but the humanity is paying the heaviest cost...with Muslims included. Most of the current wars involve Islam in some form or the other...be it Israel-Palestine & Hamas, Azerbaijan-Armenia, Syria-ISIS, Iraq-ISIS, Egypt (Muslim brotherhood), Kurdish-Iraq, Afghanistan (Saudi backed Al-Qaida, Taliban), Pakistan (numerous Islamic radical factions), Yemen-Saudi-Emirati (Houthi Shia-Sunni), Nigeria-Boko Haram, Muslim-Christian in CAR & Sudan, Darfur Sectarian war, Ethiopia-Tigray-Eritrea region, Sahel regional Jihadist crisis of Mali-Burkina Faso are only few to name. Pakistan sponsored terror attacks on Indian territory, had almost led to war when India struck the terrorist camps deep within Pakistan in Feb 2019. The list of Radical Islam related Jihadi activities are long... all over the world...and international community / UN pays for the food and other aid to combat the sufferings. There is hardly any overstatement in saying that the religion of the barbarians enforced or being enforced on others are one of the main reasons for the suffering of the world. Longer the UN/UNSC remains indifferent, more will the humanity suffer.

Even on the non-religious, non-sectarian tensions, UNSC has been a mute spectator. Recently, India and China just came out from the brink due to Chinese expansionist agenda. War of words and posturing has been going on between China and Taiwan resisting Chinese expansionist design. Islamic terror of Iran is making the US to up the ante. Left-mindset of North Korea is heating up the Pacific. Chinese expansionist designs in the South China Sea is bringing the Quad Nations in direct confrontation. Strangely enough, UNSC seems to be aloof. Any of these conflagration has the potential to escalate in to catastrophic war.

As such, most of the UNSC resolutions that don’t suit the P-5 or their dependent nations, are at the risk of being vetoed. A look on the P-5 Vetoes show its indiscriminate use. Any Veto may be meeting the aspirations of one group at the cost of the other. If the Russian Veto had not annulled the resolution for Indo-Pak ceasefire in 1971, Bangladesh could not have been born and Pakistani genocide would have continued undeterred in East Pakistan. There are many such examples where the Veto was applied for good. However, there are many instances of the Veto being contrary to the cause of those suffering. A glance at the circumstances of Veto reveals the majority of it was applied to favour Israel over the issue of Palestine. Another good number of it were applied to favour one group in the Middle-East conflicts. In general, the vetoes were used to favour one or the other block of the cold-war period between NATO and Warsaw groups.

One more contra-view is emerging of the misrepresentation in the UNSC. This pertains to the existence of the regional or religious blocks. The African states come under the former and the Islamic States in the latter. Recently it was a discretely visible acts of the Islamic group to favour Palestine. In a short span of a week, three UNSC resolutions have been brought for discussion after each of them failing the P-5 consensus. What happens if a particular religion not having numerical strength feels aggrieved? Like Jews, Hindu, Buddhist, Sikhs? Today there are 47 Islamic nations and scores of Christian dominion too who will come to their rescue. But what if the others come at a receiving end? Radical Islam has an agenda of Global Caliphate and will try to impose themselves. Christians having significant voice in the world, do not want to be seen as radical religion but can defend their interests. Jews will be very vulnerable if US doesn’t stand with them. Parsis have been almost wiped out by Islam. The remaining few religions will be particularly vulnerable in the useless UNSC. The reform of the UNSC has been overdue. There have been several calls to reform in the last 20 yrs or so. India having >20% of population, has no representation whereas UK with less than 1/20th population has been dominating as P-5. It is high time; the UN takes the proposal for reforms now than ever otherwise it will become irrelevant. The UNSC constituted in 1945 is failing to meet the aspirations of the world of 21st century.

There was a time in past when terror activities were the tools of the weak, the under-privileged. However, in the recent decades, the maximum terror activities are in the names of the Radical Islam which is supported by rich and influential states and groups... be it Saudi, Iran, Turkey, the OIC and so on. Of late, even Israeli actions of self defence against the Islamic Terror organisations like Hamas, Islamic Jihad Councils (IJC) and Palestine Terror groups are being categorised as terror acts esp by the Islamic Groups. None of the Islamic nations condemned Hamas or the IJC but termed Israeli acts of self-defense as terror…whether in the UNSC or the UN. How long could these be tolerated?

Thanks to US President’s hard talk with Israeli Prime Minister Netanyahu again that another round of debate, this time under the UN, has led to the Ceasefire between Hamas-Palestine and Israel. Till now, it is holding. Meanwhile A comedy of sorts is happening as Pakistan, one of the worst violator of the Human Rights on its religious minorities, has called for debate on Human Rights violations by Israel on 27 May 21. It is true that Israel has mauled the Hamas (and in turn, the Gaza Strip) in its retaliatory attacks, but who should be held guilty? Hamas or Israel? Hamas has been mounting attacks on Israel from its positions in the civilian resided areas of Gaza where the mouth of the many deep tunnels open from where Hamas operate. Surely, it will be another series of biased discussion where every Islamic member nation in the Human Rights Council will stand united against Israel and UK or France will have to come to rescue to prevent any harsh decision. Unfortunately, the present Human Rights Council has majority of the Islamic nations.