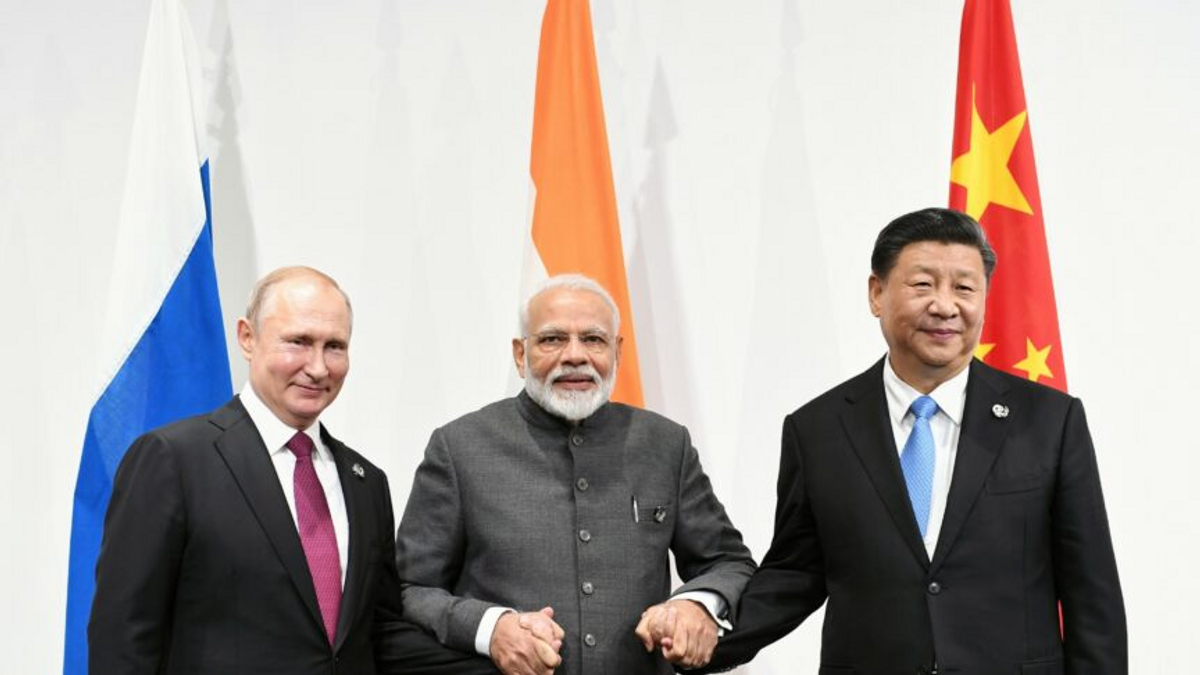 People may differ in their opinions on whether Russia is an aggressor against its neighbourhood or a victim of conspiracy but opinions on Chinese behaviours against its neighbours are unanimous… that China has traditionally been an expansionist aggressor. While the Russian neighbours came to their existence in 1991 by the disintegration of its parental body the USSR, the erstwhile neighbours of China have altogether a different story to tell…they came under immediate threat and acts of the Chinese invasion and occupation, succumbed immediately after the Chinese freedom from Japanese influence.

While USSR in 1991 disintegrated into 15 states, China engulfed ‘in-part of full’ of its 9 neighbours as shown below and is further eyeing to engulf Taiwan, Bhutan, Nepal, Laddakh Sikkim and Arunachal (latter three being parts of India) that will make the numbers of its invasion to 15. While the ongoing Russian invasion of Ukraine (although for altogether different reason), is being fought by the European nation and NATO tooth and nail, hardly anyone will waste effort in denouncing the future Chinese misadventure and invasions into its neighbourhood as mentioned above.

While the weak government of USSR under US pressure could not hold its constituents due to continued US interference and secessionist activities within, China has championed in regressive measures on any of its constituents whoever tried to show an intent to separate. Entire world knows of the Chinese repression against the citizen of Tibet, Xinjiang and Hong-Kong but is hesitant of voicing concerns for the fear of annoying the dragon (Economic and military might of China; The Counterviews; https://articles.thecounterviews.com/articles/the-economic-and-military-might-of-china/). Their religious persecution in Xinjiang is almost amounting to Uyghur Muslim’s genocides. EU and NATO on the other hand, have made it almost impossible for Russia and its neighbours to reunite.

India had been a victim of both British and Islamic conspiracies. While both Islamists and British sucked the blood (and wealth) of the entire Indian nation for centuries, they left India in tatters…fragmented…through Afghanistan, Pakistan and 565 small and big princely states, many having enmity with the neighbouring others. Thanks to Sardar Patel who managed to integrate the fragmented Indian nation. India is increasingly facing the Chinese misadventures in eastern Laddakh, Sikkim and Arunachal. China is also aiding and abetting Pak-sponsored Islamic terrorism on its western front, while its Maoist insurgents are active in the North-East States. Small scale Chinese skirmishes have been going on since 1960s that made India to adopt a firm stance in 2020 during and post Galwan clash.

Contrary to the expansionist China, India has been content with own territories. India has never tried to expand or invade its neighbourhood. On the contrary, China has been infusing money and Maoist ideologies in Nepal, which was ready to bite the Chinese baits. Nepal is at the brink of falling in to the Chinese ‘debt trap’ and in turn, being dictated by its master, the Chinese Communist Party, CCP. The cute Chinese Ambassador Hou Yanqi has been virtually dictating and ruling the Nepalese Communist Govt for years.(Nepal falls from grace, with sovereignty at stake https://articles.thecounterviews.com/articles/nepal-sovereignty-grace-china-communist-oli-yanqui-debt-trap-everest/). China has already annexed large parts of Nepalese territories north of Himalayan heights and now extending claims on to even Mt Everest (Is China annexing Mt Everest ? https://articles.thecounterviews.com/articles/china-annexing-everest-nepal/).

Bhutan has been friendly to India but Chinese pressure and threats are increasing. Both India and Bhutan have already confronted Chinese aggression at Doklam in 2017. China has already started extending its expansionist tentacles in to Bhutan by claiming Saktang Wildlife Sanctuary as disputed and threatening to annex. Chinese are also trying to allure Bhutan to its BRI ‘debt-trap’ and may succeed too in the near or distant future.

Chinese money might is already having its influence in the neighbourhood of Bangladesh and Myanmar. Chinese influence in South China Sea (SCS) is already reached threatening proportions and is worrisome. It has unilaterally drawn 9 dotted lines in the SCS to gain supremacy in the international waters and the regional waters of Vietnam, Malaysia, Indonesia, Brunei and the Philippines. Chinese dragon has even brushed-off the International Court of Justice arbitration on the SCS ruling. It is a grim situation in the Indo-Pacific solely caused by the Chinese Expansionist behaviour that needs to be curtailed.

There is a need to draw conclusions from the ongoing Sino-Ukrainian conflict. Although Russian invasion into the Donbass region could partly be justified, it may encourage China to indulge in to its long-drawn ambitions of occupying Taiwan and the 5-fingers (Laddakh, Nepal, Bhutan, Sikkim & Arunachal). That will be its monumental erroneous misadventure.

There is a need to use the Russian and Chinese divergent approaches in safeguarding Indian territorial integrity and sovereignty. The decades of Indian weaknesses on its fronts esp the LAC, has encouraged the Chinese to try dictating terms which cannot be acceptable to any sovereign nation and India cannot be exception. India has to reclaim its long lost territories of Aksai Chin and also has to counter the Chinese coercive and disruptive activities exported through the neighbourhood. China will never want India to become prosperous and strong.

No sooner Modi Govt started developing infrastructures in the border areas, it annoyed China that indulged in the skirmishes along LAC. No sooner Modi Govt presented its ambitious plan of becoming $5 trillion economy in 2019 and “Atmnirbhar Bharat” plan in 2020, China indulged in border area tensions and Galwan invasion, creating a war-crisis along the LAC. India had to resort to immediate emergency buying of military hardware from abroad costing billions of dollars. Indian govt’s older policy of neglecting the border areas along LAC has cost us dearly. Modi Govt has rightly resorted to rapid development of infrastructures and mountain forces for our defence capabilities esp against China. India has to become a self-reliant economic and military power to dissuade our adversaries esp China.