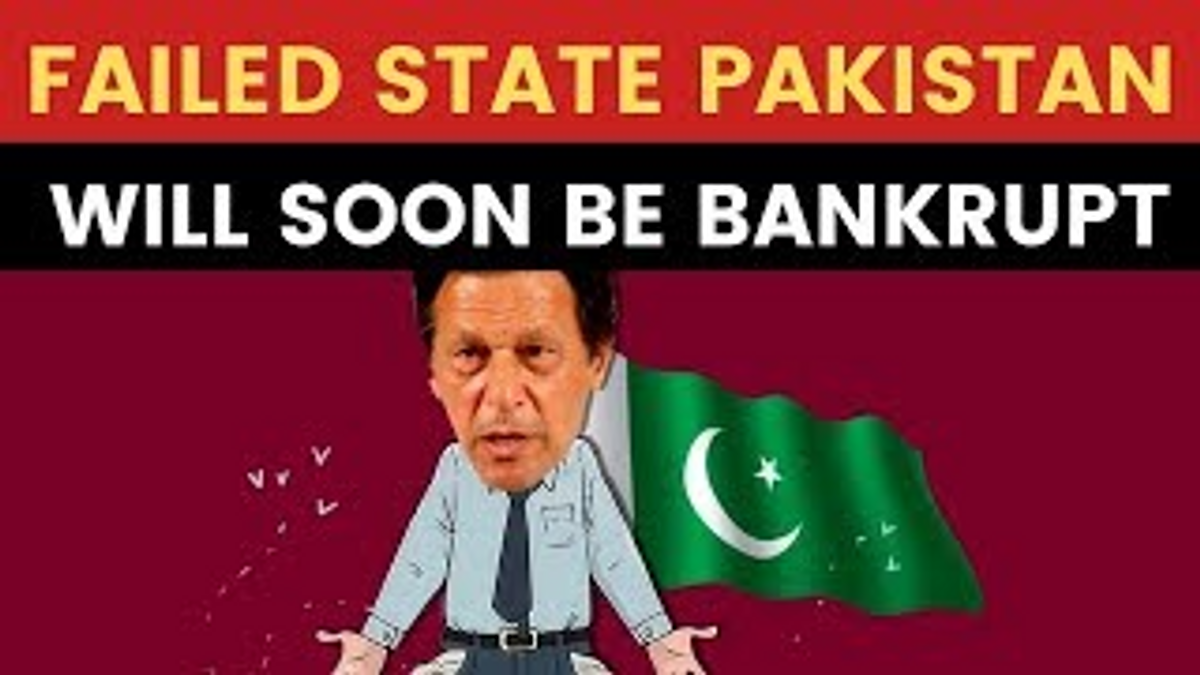 Imran Khan joined politics by forming his own party, Pakistan Tehreek-e-Insaf (PTI) in 1996 but didn’t have much followings. He was once jailed for criticising Musharraf but later released. August 2018 was termed by the international media as one of the most opaque general elections in which Pak Military interfered to side with PTI. In that election Imran had promised big in his campaigns and party manifesto. He had promised of ushering a “A new Pakistan” on the lines of Indian PM Modi’s New India. It may be recalled that in 2018, Pakistan was heading to dire straits on many accounts…of nose diving economy…of increasing unemployment… of stagnated growth and GDP…of high corruptions in civil & military hierarchy…of bringing back the corruption money stashed abroad…of high jihadi militancy…of Pak Military high handedness and hegemony…of heading into Chinese Debt-Trap and so on. Imran had promised his nation of coming good on all these accounts. However, these were not to be. The few half-hearted measures initiated by his Govt met with U-Turns in one year itself. Imran was termed as the Pak PM of U-turns.

In his first year itself, Imran Govt was regressing fast in terms of the economy, political stability and the state of human rights in the country. Pak currency lost 35% in his first year itself. Inflation was skyrocketing and unemployment rose rapidly. His government broke all previous records by borrowing $16bn in just one year – the highest ever external borrowing in any fiscal year since Pakistan’s creation. Political stability started shaking when India carried our Surgical Strike and Balakot to teach lessons to the leadership for not prevailing upon their terrorists acting against India. Pakistan slowly started getting isolated on international platforms for State support to the terror organisations and harboring over 146 UN proscribed terrorists. He also started oppressing his political opponents with army’s help (Rana Sanaulla, PML(N) leaders and so on). Human Rights violation started increasing rapidly with Gulalai Ismail, an award-winning woman rights activist going into hiding, Mohsin Dawar & Ali Wazir imprisoned as well as several other cases.

Jihadist groups played hell. Pakistan was found indulgent of money laundering for the Jihadist groups that made FATF to put Pak in the Grey List from where it is struggling to come out. Saudi demanded the return of their $3 Bn loans that made Imran to run from pillar to post. Pak sources of funds dwindled. Its exports of goods to India, its main source of income, was stopped following Pulwama terror act. Regional trade with SAARC too was in limbo. Pakistan became an international beggar.

In 2019, Pakistan was already in the Chinese lap. Their duplicity of actions against terrorists were evident the world over. Pakistan had become expert in double crossing USA by providing finance and arms to Taliban led Jihadists in Afghanistan to inflict injuries to the US-led NATO forces. US President Trump directly indicted Pakistan for their state backing of terrorist acts in Afghanistan. Pakistan was gradually isolated for its terror links on the international platforms.

In his next 2 yrs, the situations only aggravated on all accounts. Pakistan was a beggar nation by 2020, in serious Chinese debt-trap when they sold/leased out the Sind islands of Bundal, Dingi as well as Karoonjhar mountain range with rich minerals. Pakistanis were made to prostrate for funds. Now they started providing their women too to the Chinese as prostitutes that angered several Jihadi organisations who started attacking them in several isolated instances. Pakistani double-speak and double-acts were at peak when they backed Taliban to over-run the US-led NATO forces in Afghanistan on 15 Aug 2021 duly backed by several thousands of its Jihadists (read ‘US war on terror: Islamic terror wins https://articles.thecounterviews.com/articles/american-war-on-terror-islamic-terror-wins/; ‘Taliban triumph of Afghanistan-What it means to the world; https://articles.thecounterviews.com/articles/taliban-triumph-afghanistan-what-means-the-world/; ‘Kabul blasts expose Taliban-Pakistan terror link’ https://articles.thecounterviews.com/articles/kabul-blasts-expose-taliban-isis-pakistan-nexus/). It may be recalled that Pakistan had about 40,000 Jihadists on its territory that Imran had acknowledged before US President. This was also a time when Pakistan could have been labelled as a Terrorist State by the UN…BUT…India didn’t initiate the crucial action (read ‘Golden Opportunity to label Pakistan a terrorist State’ https://articles.thecounterviews.com/articles/Pakistan-terror-sponsor-state-terrorist-jihadi-un-unsc/).

Imran Khan saw Pakistan slip off many notches on his hold of the governance and administration. As already mentioned, Economy and Foreign affairs of Pak were in shambles that make any nation to stand tall. A vastly growing unemployment started fueling public anger, to which, rising inflation worked fuel to the fires. Pakistan’s isolation on international platform was stunning. Foreign currency reserve dried out and Pak currency depreciated heavily. Jihadists ruled the roost in Pak.

Imran also angered Pak Army that had brought him to the powers. He raised corruption charges against Army Chief Bajwa. Following FATF clamps to his neck, freedom and funding to the Jihadists started somewhat dwindling down that angered both Army and their 4th wing of Armed Forces, the Jihadists…some 40,000 terrorists belonging to 34 such organisations breeding on Pak soils. In the absence of govt or self-employment, more and more youth are compelled to join Jihadi groups. Food has become so costly that it is getting beyond the reach of the poor. Actually, there were several issues that angered Pak Army as well as the civil society which doesn’t want to support Imran’s govt. This hinted at their sure exit sooner than later. Imran Khan tried all possible manipulations for deflecting No Confidence Motion through hook or crook. His Deputy Speaker of the National Assembly pushed Pakistan into an unprecedented Constitutional crisis by rejecting the motion in toto. Even the Speaker did everything possible to deny the 'Trust Vote' when he was made to resign by a firm Supreme Court. Finally, Imran had to go.

Imran Govt’s doublespeak to the US brought Taliban to powers in Afghanistan was a well-plotted event but the subsequent events that angered Afgh Taliban on Pakistan’s tactless handling also angered Pak Army. Pakistan is unable to manipulate the Afghan govt to siphon off some of the funds/resources as a price for its support to anti-USA operations.

Pakistan, a near $280 Billion GDP economy has total external debt of $136 billion as in Jan 2022. Hence, in no way it can repay its debts to the international lenders. It has failed several times to repay that has discouraged all world agencies from lending any more loans. It may not be appropriate to blame only Imran Khan and his govt. It is a composite failure of all Pakistani Govts of past, especially from late 1980s after they started investing in the terror industry as well as its covert aspirations of nuclear bomb. Today, any financial anomaly, any terror acts taking place in any part of the world, a Pakistani link is feared along with others, if any. Pakistan is one of the failed States of the world that is become worrisome for international agencies, fearing its nuclear arsenals getting into the wrong (international terror or rogue buyer’s) hands. It can only be debated whether Imran failed Pakistan or Pakistan failed Imran, for the latter had to exit the chair unceremoniously on 10 Apr 2022, a date when other few past PMs too had to exit.