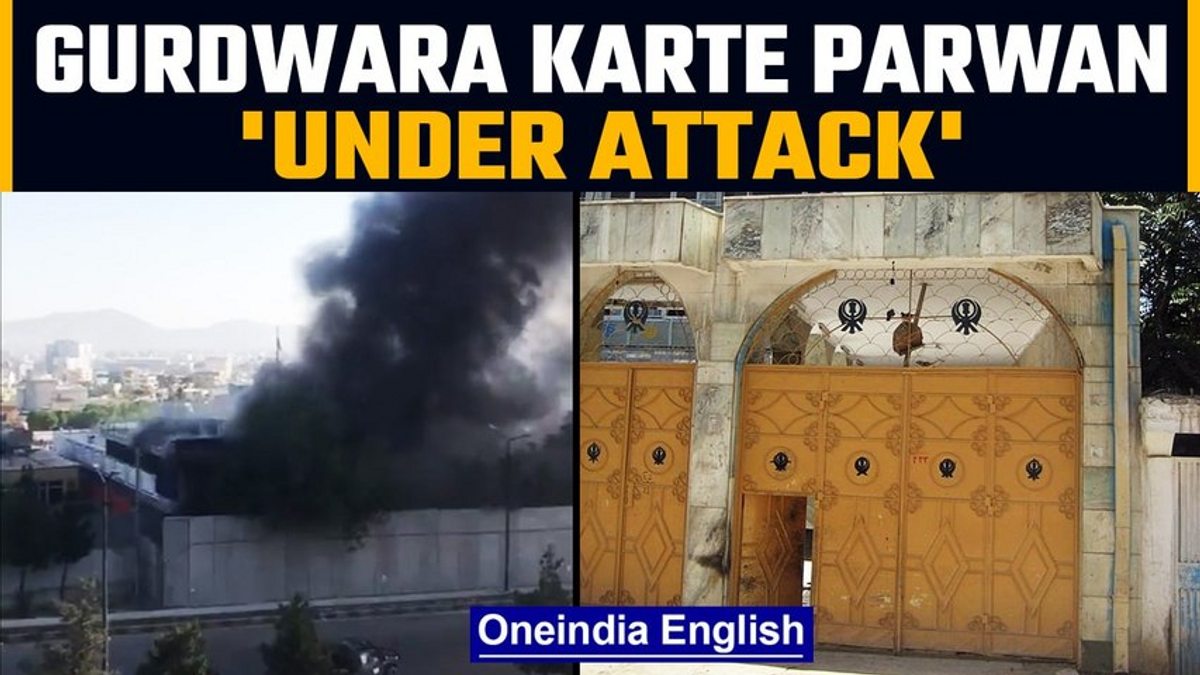 Selective and biased approach of the UN Human Rights Council is increasingly becoming appalling in recent decades. Attacks on Sikh Gurudwara/temples in Afghanistan/Pakistan; rape and murder of pregnant Hindu woman in Bangladesh; repeated abduction of Sikh girls and married to Muslim youths in Pakistan; the killing of Christians in the middle-east nations…non-Muslims paying 'Jajya' in Islamic nations to survive...and numerous other instances of Islamic atrocities on Hindu, Christians, Sikhs, Buddhists…all are indicative of just one fact…of the Islamic hate and intolerance towards non-Muslims the world over. This is what is advocated in Quran…that kafirs should be discriminated, persecuted and killed as per the wishes of Allah (read 60 hateful and Intolerant verses of Quran, parts 1 & 2; https://articles.thecounterviews.com/articles/60-hateful-intolerant-verses-quran-part-1/, https://articles.thecounterviews.com/articles/60-hateful-intolerant-verses-quran-part-2/).

Islamic hate and intolerance against the non-Muslims have been existing right since the foundation of Islam by Mohamed in the 7th century (read Islamic hate, intolerance, bigotry & fascism and the Global Caliphate; https://articles.thecounterviews.com/articles/islamic-intolerance-bigotry-fascism-global-caliphate/). His hate towards the dozens of Arabian Tribes was the hallmark of the genocide that he and his mercenaries committed, although many of the Islamic literatures may give whatever fancy words to his heinous acts. Worst, his acts have been glorified in Quran and other Islamic scriptures. The numerous intolerant acts of Mohamed were not in isolation. The subsequent Muslim Caliphs too continued with the crimes of genocides of Christians, Jews, Byzanthins and almost complete annihilation of the Parsis except a few who could flee to India. Mohamed and the subsequent Caliphs of Islam had just one moto for the believers of other faiths and religions...of “Convert, Flee or Die” in order to expand Islam. In fact, Quranic teachings that are supposed to guide Islam, are full of hate against the believers of other faiths and religions (read “Is Quran a source of Hate and Intolerance?”; https://articles.thecounterviews.com/articles/is-quran-a-source-of-hate-and-intolerance/; “The Religious Sources of Islamic Terrorism; https://www.aclu.org/sites/default/files/field_document/ACLURM001331.pdf). It may be prudent for "Secular and Democratic nations" to consider amending or banning Quran for its discriminatory and hateful verses.

Military campaigns of Mohamed and Muslim Caliphs were stunning over the dis-united Arabian Tribes, Jews, Christians, Byzantines or the Parsis. They all had to surrender to their fanatic will. Initially, all conquered communities had to convert, flee or Die, but later they started allowing non-Muslims to continue practising their faiths at the payment of Jizya or Jajya (a much higher Tax) that was considered beneficial to the Caliphs, providing them with the economic viability for lavish life styles. Of course, the third caliph Umar had to pay with his life for the genocide of the Parsis when one of those forcibly converted slaves killed him in the year 644. The expansionist military campaigns of the Caliphs continued through centuries with grave atrocities of the non-Muslims and gross Human Rights violations till they got the taste of their own misdeeds in the hands of the Moghul ruler, Chengez Khan; but that was only a temporary setback to Islam. The repeated violence originated from the hate & intolerance of Islam is filled with intrafaith rivalries and murders; yet Islam could expand militarily essentially owing to the disunity of those vanquished. The greatest of human suffering was caused on the Hindus in India with millions done to death or enslaved.

The objective of this article is not Islam-bashing but to correlate the past atrocities of the medieval periods with those of the 19th, 20th and 21st centuries. The outcome of the repeated genocides by Islam is before us…the near extinction of non-Muslims in Islamic Nations…and look at the apathy of the World-Bodies like the United Nations and the Human Rights Council. They continue their silence over the past and present Islamic barbarism, atrocities and persecution of their religious minorities...these are deafening. Every day there are heinous crimes committed by the State-sponsored Terrorists in Indian neighbourhoods of Afghanistan, Pakistan and Bangladesh. Malaysia too is joining in the crime.

The United Nations and its UNHRC are condemning Israel for retaliating against Hamas/ Palestine terrorists, criticising Britain for exporting illegal Islamist migrants to Rwanda, censuring China for preventing spread of radicalism in Xinjiang, India for preventing rise of Islamic radicalism, terrorism and illegal Muslim migrants. However, they are silent on the persecution of and vanishing religious minorities from Islamic nations. They are also silent on the hate and intolerance preached in Quran which is unacceptable in any Secular and Democratic State. In Israel, Britain and India, the democratic nations, the Human Rights bodies are able to report but what about the religious persecutions in Afghanistan, Pakistan, Bangladesh and Malaysia? Why are they silent? A single line mention in the annual Amnesty international report of 2022 that “a climate of fear impedes media coverage of abuses by both government security forces and militant groups. Journalists face threats and attacks have increasingly resorted to self-censorship” (read Highly Biased Human Rights Report 2022: India vs Pakistan; https://articles.thecounterviews.com/articles/highly-biased-human-rights-report-2022-india-vs-pakistan/) and thereafter UNHRC goes mum…no further investigation, reporting, fact-finding…leave alone any condemnation.

It may be true that UNHRC or the “Competent courts” including the International Criminal Court (ICC), the International Court of Justice (ICJ), and national criminal courts that meet international standards of due process, may not be able to persecute the crimes committed by Mohammed and his subsequent Caliphs…be it Rashidun Caliphate (632–661), Umayyad Caliphate (661–750), Abbasid Caliphate (750–1258), Mamluk Abbasid dynasty (1261–1517) or the Ottoman Caliphate (1517–1924). However, if the world bodies could prosecute Hitler whose crimes were committed before the formation of UNHRC, why cannot they prosecute the Islamic figures committing genocides be it from 17th, 18th, 19th century onwards? What about the Islamists committing religious persecutions in the recent few decades? In 1990 they committed genocide in Kashmir (read ‘Looking back at Ralive, Tsalive Ya Galive, the Kashmir Genocide’ https://articles.thecounterviews.com/articles/ralive-tsalive-ya-galive-january-1990-genocide-kashmiri-pandits/). In 2016 Islamists abused the humanity by their “Convert, Flee or Die” against the Yezidis in Iraq that continues in some or the other forms even today (read ‘Identifying Genocide: The Yazidi Massacre in the Context of the Convention on the Prevention and Punishment of Genocide 1948’; https://www.researchgate.net/publicatio/339570439_Identifying_Genocide_The_Yazidi_Massacre_in_the_Context_of_the_Convention_on_the_Prevention_and_Punishment_of_Genocide_1948; UN experts: “Islamic State committed genocide against Yazidis”; https://apnews.com/article/islamic-state-group-united-nations-middle-east-genocides-business-49e044197ba3fa94887cbd56e5d0339f).

The ongoing genocides of the Christians in the Middle-East Countries tell the brutal tales of the Islamists (read “Genocide in the Middle East: The Ottoman Empire, Iraq, and Sudan” https://cap-press.com/pdf/1946.pdf). In the sub-Saharan and Sahel region, Islam was forced upon the mostly unwilling citizens and so was the case in the North African States. Usman dan Fodio’s jihad provided the inspiration for a series of related holy wars in other parts of the savanna and Sahel far beyond Nigeria’s borders that led to the foundation of Islamic states in Senegal, Mali, Ivory Coast, Chad, Central African Republic and Sudan (read “ Islam and Cultural changes in Modern Africa” http://medcraveonline.com/AHOAJ/AHOAJ-02-00030.pdf). In the last 5 yrs or so (esp after 2016). Somalia, Nigeria and Mozambique have been facing increasing Islamic/Jihadi attacks essentially by Boko Haram/Al-Shabab and also by newer groups taking shape. Radical Islam is increasingly becoming a menace not only in the African nations but all over the world.

In Asia, in the recent decades, the near ~12% Hindu/Sikhs/Christians of Afghanistan have become <0.01%; the near ~18% Hindus of Pakistan have become <2%; the near ~21% Hindus of Bangladesh have become <9%...mostly by forced conversions, threats of persecution and threateful allurements (of providing govt and social security) for security from the Jihadists…BUT… the UN, UNHRC, the world bodies have refused to investigate and chosen to look the other way. Not even Indian government cares for the religious persecution and humiliations of the Hindus that Modi Govt is often blamed by the Islamic/Western nations as biased for. It seems Hindus are destined for persecution…whether in the medieval past or the 20th & 21st century.

Even under British India, genocides of Hindus in Moplah and Noakhali (1946) were something that cannot be brushed away…the brutal killings of lakhs of Hindus. Of course, there were retaliations but only for the namesake. There have been no Human Rights or other international investigations and this is a worrying approach by the UN bodies. Will they ever censure the Islamic Governments who annihilate their religious minorities by the Islamists (whether independent Jihadist groups or state sponsored)? The UN and UNHRC actions are highly condemnable. Today’s UN and UNHRC have become biased and laughing stock (read “Biased & Shameless Amnesty International (Part-1), https://articles.thecounterviews.com/articles/biased-shameless-amnesty-international-part-1/; “While UN celebrates the “Tolerance Day…”; https://articles.thecounterviews.com/articles/un-tolerance-day-intolerance-muslim-islamic-nations-human-rights/).

This article is aimed at projecting the highly biased approach of the UN and the Human Rights bodies toward the religious persecution of minorities in the Islamic nations. It is widely believed that Islamic nations are less tolerant to their religious minorities (read “Are Muslim Countries really unreceptive to religious minorities? https://www.google.com/url?sa=t&rct=j&q=&esrc=s&source=web&cd=&cad=rja&uact=8&ved=2ahUKEwiwwpn0ob74AhXRT2wGHYnMDDgQFnoECAUQAQ&url=https%3A%2F%2Fwww.washingtonpost.com%2Fnews%2Fmonkey-cage%2Fwp%2F2015%2F07%2F10%2Fare-muslim-countries-really-unreceptive-to-religious-freedom%2F&usg=AOvVaw32xceGEVpNazo7QS0yXHjt).

If the UN or UNHRC can hold a special session to recognize ‘Islamophobia’, why can’t they adopt a similar resolution on “Hindu/Christian/Sikh Phobias" in the Islamic nations”? The fact is that UN and UNHRC is showing mental blindness and moral bankruptcy in not recognizing the various other phobias, atrocities and genocides being carried out by the Islamists the world over. Genocides of Kashmiri Hindu of 1990, of the Yezidis in Iraq in 2016, or serial attacks on the Christians and other Tribes in African nations are only a few examples. It is a fact that UNHRC is indulging in deliberately biased acts of the Global Human Rights violations under the pressure of 57-odd Islamic nations (read “Inhuman indulgence of UNHRC” https://articles.thecounterviews.com/articles/inhuman-indulgence-un-human-rights-council-oic-eu-nato/). Islamic discrimination, hate and intolerance preached in their holy books of Quran and Hadith are highly condemnable and incompatible with the Secular and Democratic principles of Humanity. Islamic Jihad is ravaging in the world in several forms of radicalism, terrorism as well as the lesser talked about “Jihad-al-Nikah or Jihad-al-Dawa” by increasing Muslim population. Today Indian religious demography is being altered by Muslims who are now near 17% from the 3 9.4% (in 1951) and even Modi govt is mum for the fears of reprisal from world nations/bodies. It is shameful. Today, there are 17 Christian nations for their 31.5% world population, 57 Islamic nations for 22.3%, 3 nations for 5.2% Buddhists, 1 nation for 0.2% Jews...BUT...no State religion for near 16% Indian religions (of HIndus, Jains, Sikhs). UN or UNHRC does not care for it.

There should be no iota of doubt in anyone’s mind that Islamic hate and intolerance in their holy books of 'Quran and Hadith' are incompatible with religious coherence in Secular and democratic nations all over the world. In the 21st century, they cannot be permitted to usher discrimination, hate. intolerance, bigotry and fascism against other religions. It may not be out of context to either amend or ban Quran/Hadith in secular countries. The Jihadists the world over should be confronted head-on and done away with. There is a real threat of survival for non-Muslims in Islamic nations. Islam is proliferating (at 150% of other religions) like cancer in the world. It may be time for all secular forces to combat the discrimination and threat of Global Islamic Caliphate. One would expect the UN/UNHRC to come good and strong for the protection of religious minorities at risk in Islamic nations esp in Afghanistan, Pakistan, Bangladesh, the Middle-East and the African nations. It is so painful to observe the partisan and biased approaches of Amnesty International, the Human Rights as well as the UN that they dont even highlight the ongoing religious persecution and genocides of their minorities in those nations. What else could be more shameful for the UNHRC?